T and V Films > About us

T&V Films was founded in 2014 by Jonathan Theobald and Steven Vale – two experienced agricultural and mining machinery journalists and film makers. They have worked together for many years on a wide variety of DVDs but have now joined forces to create a new company specialising in making documentaries about mining and farming machinery. Their first venture is the Earthmoving Trails series of DVDs. 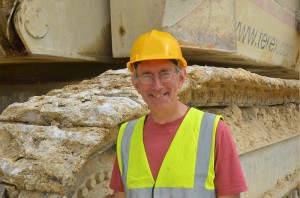 Jonathan is based in the UK and spent over 15 years writing about farm machinery, including six years as editor of the farm equipment magazine What’s new in Farming. In 1992, he founded Country Films – a production company specialising in outdoor programmes.  Jonathan has directed and edited television documentaries, corporate programmes and almost 50 of the successful agricultural, mining and demolition machinery DVDs sold by Old Pond Publishing. These include the Massive Machines series as well as many programmes on both classic and modern farm machinery. He has travelled widely in America and Europe to film these programmes. 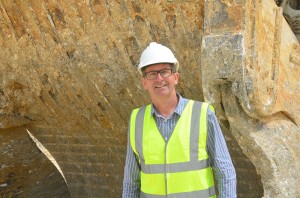 Steven has been writing about tractors and farm machinery for many UK farming magazines for over 25 years. He lives in Holland and in 2004 he joined Earthmoving Magazine as a European contributor. Since then he has written about and photographed extreme earthmoving, demolition and dredging machines working in most European countries. Steven has also worked on many DVDs of earthmoving and demolition equipment. He has researched, planned and written the script for many of the popular Massive Machines series of DVDs published by Old Pond Publishing. He has also written a book looking at the largest earthmoving machines working in Europe called Walking with Giants – Europe’s Massive Earthmovers.